Major freight markets across the country experienced an expected rise in volume during the post-Independence Day surge, but as we head toward the peak shipping season, FreightWaves SONAR has shown that some have maintained that elevated volume, while others have seen a steady downward trend, and many expectations have been turned on their heads.

When it comes to the outbound reefer market, the beer mecca of the United States is one of the hotter places to be during the summer time. Reefer volumes out of Milwaukee always tend to rise the highest during the months of March and April in preparation for summer, but this year has seen that rise pushed into July. After a dramatic increase following the most recent Fourth of July holiday, outbound reefer volumes in Milwaukee saw a 125% increase on a two-week basis on July 12. Those numbers have since dropped and begun to plateau at a 47% increase — double the percentage change from 2020 and 2019 combined.

Atlanta is also seeing a very significant rise in outbound tender volumes, with a 3.1% increase on a two-week basis and a 4.5% weekly increase in its Headhaul Index, signaling that there are more loads going out of the region than coming in.

Along with this drop we’ve also seen an unexpected drop in import volume. The normal spike seen as we enter peak shipping season has this year seen imported TEU volume across all ports dropping dramatically at the end of May and throughout June, and booking volumes — which indicate import volume levels in coming weeks — dropping 11% in just 4 days last week. This has allowed lead times for bringing shipments out of port to finally have an opportunity to catch up, now sitting at nine days compared to last year’s thirteen.

Looking at past trends and predictions for peak season shipping volumes and the reality of this year, it’s clear why over half of of industry professionals report that they expect the 2022 peak season to be more chaotic than 2021. Unexpected challenges are all but certain this year, and ensuring that you have the tools to manage them is vital to a successful season.

From uncovering reliable capacity to get your shipments moving quickly and efficiently through instant load optimization, to gaining greater predictive pricing insights to plan ahead with pricing intelligence, or keeping shipments moving with proactive exception management and visibility, Shipwell provides the tools you need for peak season success.

Looking to avoid the struggle that comes with unpredictable capacity availability, pricing volatility and increased disruptions? It’s time to consider a better solution. Request a personalized demo today to see how Shipwell’s tools can help you break free from peak season chaos to deliver on time, and on budget. 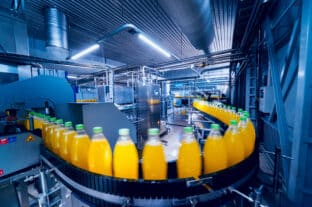 Top three beverage shipping challenges and how to solve them
Blog

There is more to data science than just the data
Blog 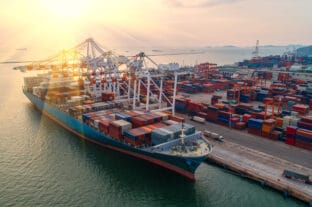 Where to expect shipping delays this peak season
Shipwell uses cookies to deliver a better browsing experience. By clicking OK, you agree to Shipwell and our 3rd-party partners' use of cookies to process your personal information. | Privacy Policy